No war and no peace in Colombia and the Philippines

This post by Kristian Herbolzheimer, compares the Mindanao and Colombian peace negotiations and underlying political battles for public opinion in both the Filippino and Colombian contexts. This is the sixth of a series of blog posts related to the Colombian Peace Process.

The peace processes of the Philippines and Colombia have both, in the past, been hailed as shining examples to the world of innovation and negotiation. But with the narrow rejection of the peace deal this week by the people of Colombia, it seems both peace processes are facing a similar problem – they have entered a period of no-war and no-peace, full of uncertainties.

After the hard work at the negotiating table, the implementation phase is proving to be a stumbling block. In Colombia, lessons had been learned from previous failures and the country was better prepared for the post-agreement phase than the Philippines. A sophisticated mechanism to ensure legislative and judiciary support had been established and the decommissioning processes was well planned. However, those working for peace made the same mistake as in the Philippines – they were convinced that they would be on the right side of history and underestimated the power of political and public opinion against the deal.

In both the Mindanao and Colombian peace negotiations, serious efforts were made to reach out to political leaders opposed to the negotiations. However these actors often showed no willingness to compromise, and criticism against the peace agreements took hold and grew. Governments in both countries failed to capture public opinion early enough.

In the Philippines, President Aquino could have maximised his early popularity to redress the deeply rooted prejudice against the Moros, framing the peace talks as a national need rather than yielding to the coercive power of the MILF’s weapons. In Colombia, the government had long embedded in people’s minds a perception that the country’s violence was entirely attributed to FARC, ignoring the atrocities committed by state forces. FARC was able to survive the government’s military offensive, but it lost an equally crucial battle several years back: the battle for public opinion. When the government recently agreed to a bilateral ceasefire, significant numbers of the population could not follow the paradigm shift. Ultimately, many voted to oppose the peace deal because it did not punish the FARC enough.

For both the Philippines and Colombia there is still a way out of the deadlock. At the moment, the way forward for both is not clear, but one thing is certain – the peace processes need to be broadened to ensure that all levels of society are informed, represented and included.

In both countries there is a need for continued innovations in conflict transformation, and a process of national dialogue and reconciliation that ensures a united vision for peace. 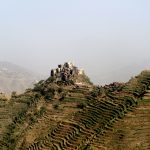 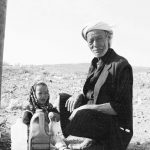 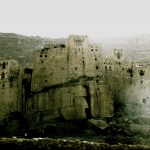 Yemen’s Response to COVID-19: Part I

Sudan: The Potential Price of Peace