Towards a greater role of civil society in conflict settlement in Syria after Covid-19?

In this article, Juline Beaujouan and Eyas Ghreiz describe some of the challenges for civil society in rebel-held areas of Syria during the Covid-19 pandemic. Originally published in Civil Society Platform for Peacebuilding and Statebuilding blog.

While the COVID-19 pandemic triggered relative military de-escalation in the last stronghold of the opposition armed groups in northwestern Syria, it has posed major challenges to the nature and missions of the civil society operating in the rebel-held areas. This blog describes some of these challenges, building on more than fifteen interviews conducted in June 2020 with activists and members of the Syrian local civil society in the northwest of the country, including Idlib and Aleppo governorates.

The COVID-19 virus officially reached Syria on March 22, 2020, signaling new challenges for the country which has been torn apart by almost a decade of bloody and protracted conflict. The announcement of the first case of COVID-19 sparked a wave of panic in northwestern Syria, where armed opposition groups are still holding tight to their last territorial bastion with the military support of Turkey. In addition to the constant infighting and a looming military offensive from the Syrian regime forces and their Russian allies, the absence of a recognised government and the lack of services and access to primary healthcare underscore the precarious situation of the Syrian civil population living in these areas.

In March 2020, the classification of Syria as a ‘very high risk country’ by the World Health Organization (WHO) and the United Nations (UN) Secretary-General’s call for a global ceasefirepushed international non-governmental organisations (INGOs) and donors to shift their priorities and funding, thereby directly affecting the nature and missions of the de-facto substitute to the governmental authority in the northwest of Syria: local civil society.

The COVID-19 pandemic did not only affect the working environment and practicality of the programmes carried out by local NGOs and other civil society organisations (CSOs). In addition to adapting their work to social distancing measures and virtual activities, they saw the scope of their development-oriented projects redirected to emergency plans consisting of the distribution of medical kits, as well as awareness-raising and sterilisation campaigns.

While the virus had not yet reached rebel-held areas, funding was cut, frozen or simply could not reach Syria through the usual channels in Turkey, Lebanon or Europe, which were all strictly confined. As explained by a member of the White Helmet, “We started fighting something that did not exist for us, but local populations were still lacking access to primary healthcare and other services”. In addition to the 5,000 children who were not able to attend school in Idlib only and the prohibitive cost of the internet in the governorate, the closing of the borders and the interruption of the distribution of food baskets greatly impacted the local economy.

These factors left local civil society working from a reactive paradigm, or what the inhabitants of the Levant call Nidham al-faza’, literally ‘the dread system’. The expression characterises the work made in ‘happening’ environments, where programmes fail to rely on an informed assessment of the situation, strategic planning, capacity and training. In this regard, several local activists and staff of NGOs and CSOs interviewed by the authors in northwestern Syria regretted that the civil society was only an ‘implementer’ of the policies and priorities of the international community and donors.

But the COVID-19 pandemic might offer an opportunity for a more balanced relationship between civil society and donors. In the face of emergency, and confronted with the lack of access to rebel-held areas in Syria, civil society became a key partner in the creation of an emergency response plan. Moreover, on April 19, 2020, the Health Directorate in Idlib and the Syrian Civil Defence launched an initiative called “Volunteers against Corona”, an inter-sectoral operation room composed of around 60 local organisations and 600 volunteers. The local initiative is the first of its kind since the beginning of the Syrian conflict in March 2011. It aims to institutionalise the civil society to coordinate and facilitate the response to the virus and the protection of the civil populations. While it proved successful in the context of COVID-19, the new unified front might use this momentum to project its influence beyond the arena of humanitarian relief and development in Syria.

Local civil society and the future of Syria: Challenges and opportunities

Another positive impact of the health crisis in northwestern Syria is that it proved the relevance of local civil society as a key actor for crisis mitigation and a bridge between decision-makers and officials on one side and local communities on the other. A humanitarian officer in Azaz, in the northwest of Aleppo, told the authors: “In addition to institutionalising the process of crisis mitigation during the pandemic, we showed our ability to pressure the Syrian Interim Government in liberated areas to protect the people while following international standards of humanitarian work”.

The flexibility of civil society and its unique access to the local population make it a crucial partner in humanitarian and development work in the rebel-held areas. More significantly, there is a growing consensus on the ground that local civil society should play a key role in the negotiation for political settlement of the conflict and in talks on the future of Syria. However, upholding neutrality and impartiality in terms of military and political affiliations in a conflict that is characterised by a high level of fragmentation remains a challenge.

Syrian civil society has not been spared by infighting. It is divided between NGOs and CSOs that are supportive to the Syrian regime and those who operate in the rebel-held areas. In an attempt to unify Syrian civil society and on the margins of the 2016 Geneva Peace Talks, the United Nations invited a number of Syrian NGO and CSO representatives to Geneva. The meeting was held between 27-29 June by the Civil Society Support Room (CSSR), the first formal UN mechanism to facilitate the participation of civil society in intra-Syrian talks in Geneva. The authors of the blog met six attendees of that meeting, who all articulated their disappointment about the low number of attendees, the poor skills of the UN facilitators, the lack of a clear agenda for the dialogue and the absence of UN Special Representative Staffan de Mistura, which they perceived as a lack of consideration for  civil society. Attendees also narrated that the discussions were infused with political objectives and the irreconcilable opposition between ‘the loyalists’ and ‘the terrorists’. In the end, the meeting failed to achieve consensus around the key humanitarian principles of neutrality and impartiality.

The meeting was held between 27-29 June by the Civil Society Support Room (CSSR), the first formal UN mechanism to facilitate the participation of civil society in intra-Syrian talks in Geneva.

The politicisation of humanitarian aid in Syria is not the monopoly of state actors involved in the conflict. At the local level, being at the head of a CSO is often a guarantee to attract funding, publicity and enhance one’s status. As a result, the life of civil society in the rebel-held areas is punctuated by a rapidly changing landscape where corruption allegations and reports of links with armed groups are used as tools to discredit competing NGOs or CSOs and blacklist them in donor networks.

Overcoming these challenges to the inclusive and meaningful participation of Syrian civil society in the political settlement of the conflict will depend on two main factors: When and how to intervene in peace talks. On the one hand, the COVID-19 pandemic showed the potential of Syrian civil society to mitigate the crisis and coordinate with political and armed groups, while echoing the needs and yearning of the civil population. On the other, the unification and empowerment of civil society are necessary if they are to become an effective, alternative voice. Yet, its inclusion cannot substitute for a wider peace process in disarray. While national and local political settlements are managed under the aegis of regional state actors, local, Syrian civil society will come out of the COVID-19 crisis with increased legitimacy and desire to take part in the decision-making process in Syria. This raises the question of the ability of Syrian civil society to find its place in Syria’s future and to renegotiate its partnership with (sometimes external) state political actors.

Juline Beaujouan received her Ph.D from Durham University where she was awarded the al-Sabah doctoral fellowship and acted as a member of the AHRC’s Open World Research Initiative (OWRI). She then joined the Political Settlements Research Programme (PSRP), based at the University of Edinburgh, where she researches trust-building between ethnical and religious communities in Iraq and Lebanon. Juline is the co-editor and contributor to the volume Syrian Crisis, Syrian Refugees – Voices from Jordan and Lebanon, and co-author of Islam, IS and the Fragmented State: The Challenges of Political Islam in the MENA Region.

Eyas Ghreiz is a researcher and consultant in areas of human rights and development. Ghreiz is also a Master student in International Development, specialising in conflict, security and development, at the University of Birmingham, UK. Ghreiz has over eight years of working experience with international NGOs, and UN bodies in Jordan, Syria, Turkey and Yemen. He has published several articles in both Arabic and English and contributed to the book Syrian Crisis, Syrian Refugees: Voices from Jordan and Lebanon, published by Palgrave Macmillan in both English and Turkish, and will be published in Arabic soon.

For further reading: See all PSRP research and analysis on Covid-19.

Art as a tool for local peace: Reflections of young artists in Syrian opposition-held areas

“Local Voices at a Crossroads” is an article series in which local actors of everyday peace share their insights into the fragilities and resilience of their societies in the face of conflict. In this blog, a group of young artists reflect on the challenges and opportunities for art to contribute to peace in Syria.

Regional approaches to Covid-19: The response by Organisation of Islamic Cooperation to the pandemic 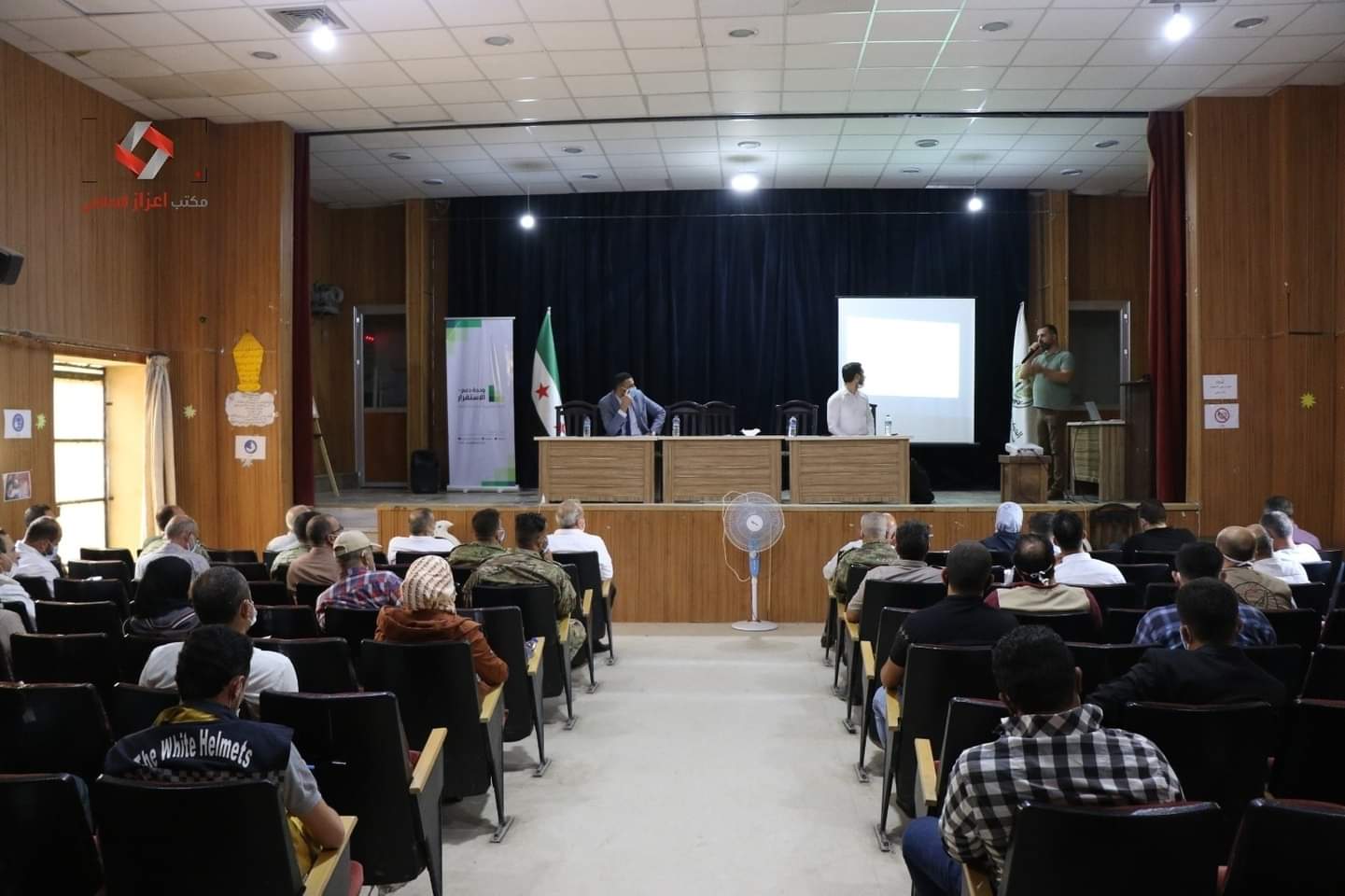 Political Trust at a Time of Pandemic: A long-term repercussion of COVID-19 on durable peace

“Local Voices at a Crossroads” is an article series in which local actors of everyday peace share their insights into the fragilities and resilience of their societies in the face of conflict. Grassroots societies lie at the crossroads between local realities and national peacebuilding policies and practices. This article examines how mistrust in governmental actors and information about COVID-19 poses challenges to Syrian communities in opposition-held areas. 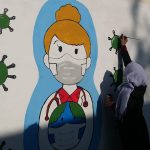 Art as a tool for local peace: Reflections of young artists in Syrian opposition-held areas

Regional approaches to Covid-19: The response by Organisation of Islamic Cooperation to the pandemic 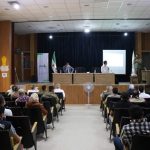 Political Trust at a Time of Pandemic: A long-term repercussion of COVID-19 on durable peace