Elections and referendums taking place after armed conflict play a crucial role in the establishment of a new representative political order. The holding of free and fair elections has become a central aim of many peace-making and state-building processes. Elections are sometimes considered a ‘final step’ in a period of transitional governance after conflict, bestowing the winning parties with a legitimate mandate to govern and setting the country on the equally difficult path of consolidation of the post-conflict order. Referendums can be used to create a new state, or to amend constitutions. PSRP has studied the opportunities and risks posed by post-conflict elections and referendums, including by exploring the interlinkages between electoral process and constitution-building, with its partner International IDEA.

Elections in post-conflict countries introduce a high degree of uncertainty to the political settlement process. Trust between conflict parties is rarely high, limiting the level of uncertainty that is perceived as acceptable. Over time, trust between conflict parties may grow, opening up opportunities to make electoral systems more representative and inclusive (Ellis 2018).

Electoral system design matters. The same vote tally can produce different electoral outcomes depending on the chosen electoral system. Most actors involved in organising post-conflict elections are neither likely to be familiar with electoral system design issues, nor to be natural mathematicians. The learning curve for all involved – including the representatives of the international community – in this area may be very steep, with accompanying scope for ‘conventional wisdom’ which turns out not to work (Ellis 2018; 2020).

At the same time, the choice of method to translate votes into seats is thus not a purely technical exercise, but a deeply political decision. All electoral systems contain political incentives. Electoral system design needs to be guided by an appreciation of the political objectives of the electoral stakeholders, including those with significant vested interests or even no interest in the success of the electoral process.

Electoral systems can accommodate a wide range of political goals, including a desire to ensure geographical, gender, or identity representation, or to create incentives for coalition-building (Ellis 2018).

Most fundamentally, electoral system design involves deciding whether the chosen system should rest on majoritarian principles, the principle of proportionality, or a combination of the two. In majoritarian or “winner-takes-all” systems, the candidate who receives the most votes wins, while proportional systems seek a higher degree of congruence between proportion of votes gained by each party and the proportion of seats in representative institutions that it assumes (Ellis 2018).

In recent history, proportional representation electoral systems have been the most popular, followed by systems combining majoritarian and representative principles, with the pure majoritarian systems being the least popular. Some interesting combinations of proportional and majoritarian principles are found, for example, in the Democratic Republic of the Congo and Madagascar, where candidates were elected using either of the systems depending on the geographic location of the candidates’ constituencies (Ellis 2018).

Electoral system design depends on context. Pre-existing constitutions or court decisions may dictate a certain path. The history and experience of democracy before and during an armed conflict may similarly influence system choice, as could the involvement or expectations of the international community when it supports the electoral process. Practical considerations, such as the security situation in the country, may further limit the available options.

Once an electoral system has been chosen, there are numerous implementation challenges. Institutions need to be equipped with sufficient financial and human resources and technical expertise. The electoral management body, such as an electoral commission, in particular needs to be granted a strong mandate, adequate resources, and independence. Institutions involved in organising the elections also need to be able to deal with last minute changes that often occur in politically contested elections (Ellis 2020).

These are some of the areas that those seeking to support post-conflict elections should consider:
– Better understanding the interplay of political and technical dimensions of elections
– Finding ways to deal with the election-model ‘status quo bias’ of office holders
– Providing ‘politically accessible’ and ‘contextually sensitive’ electoral design expertise
– Securing funding and addressing electoral technical challenges early in the process
– Building effective relationships between electoral stakeholders
– Ensuring context-specific electoral modelling – there are no one-size-fits-all models
– Employing creativity in electoral design, in particular in marrying individual one-person-one-vote considerations with group accommodation mechanisms
– Building or remedying wider institutional systems and capabilities
– Preparing for potential last-minute changes, born of political contingencies” (Ellis 2020, p. 2)

Each type of referendums poses significant challenges, including the need to define who is eligible to cast a vote in contexts where ethnicity plays a divisive role in politics. A referendum posits the idea of ‘the people’ speaking and determining; if the idea of ‘the people’ is deeply contested, the referendum may in fact exacerbate existing tensions (Tierney 2018). Determining the territory/territories in which a vote is to be conducted can be equally contentious.

Peace negotiations should only opt for a referendum with a clear idea of what a referendum does and the crucial role it can play in legitimizing a constitution, underpinning its sovereignty and helping to frame constitutional identity. A referendum can also have the converse effect, where the result is not in favour (Tierney 2018).

This article was developed as a follow-up to the fourth Edinburgh Dialogue on Constitution-Making in December 2017. The report focuses on issues specific to the interaction between elections, constitution-building and referendums.

Electoral System Design in the Context of Constitution-building

Electoral system design plays a crucial role in political settlement processes. However, it is a world with which political actors in transitions—and even to some extent the constitutional community itself—often have limited familiarity. This Discussion Paper is based on a presentation by the author at the fourth Edinburgh Dialogue on post-conflict constitution-building, held in Edinburgh, United Kingdom, on 4–5 December 2017. It argues that, while the timing, stages and sequencing of a constitutional transition might be thought to be relevant to electoral system choice, there does not currently appear to be any strong link between them.

In this PSRP Spotlight, Andrew Ellis highlights some of the political and technical challenges facing countries holding elections during democratic transitions. Ellis draws on his extensive experience as an electoral adviser to tease out practical lessons for national and international actors implementing and supporting elections. At the heart of this Spotlight lie reflections on the ways in which political and technical factors enable and constrain each other in determining electoral ‘success’. The report discusses electoral frameworks, implementation issues, as well as the role of the international community and geopolitics in democratic transitions.

The use of referendums in processes of constitutional formation and change has increased considerably across the world in recent decades. This proliferation means that referendums have occurred in some of the most fragile and conflict-affected states, where there are many issues surrounding democracy and stability. This Discussion Paper is based on a presentation by the author at the fourth Edinburgh Dialogue on post-conflict constitution-building, held in Edinburgh, United Kingdom, on 4–5 December 2017. It argues that the use of the referendum has come to be seen as both highly significant and potentially problematic, particularly in territories beset by conflict or inter-ethnic division.

+All Related Publications: Elections and Referendums 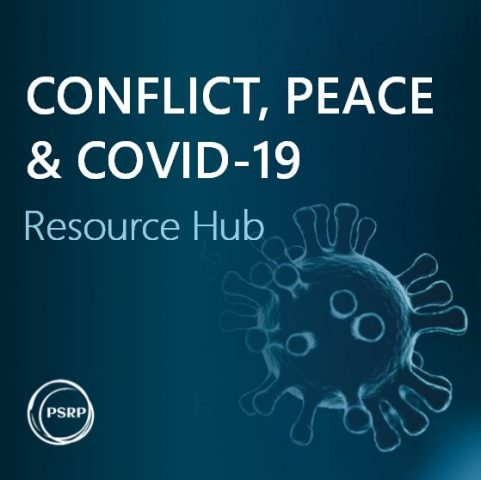 Read our list of blogs and other resources addressing the Covid-19 pandemic from the perspective of conflict-affected states.

On the second anniversary of the UN Secretary General’s call for a global ceasefire to assist in the fight against Covid-19, we launch our final update of the Covid-19 Ceasefires Tracker and examine the impact of the pandemic on armed conflict. 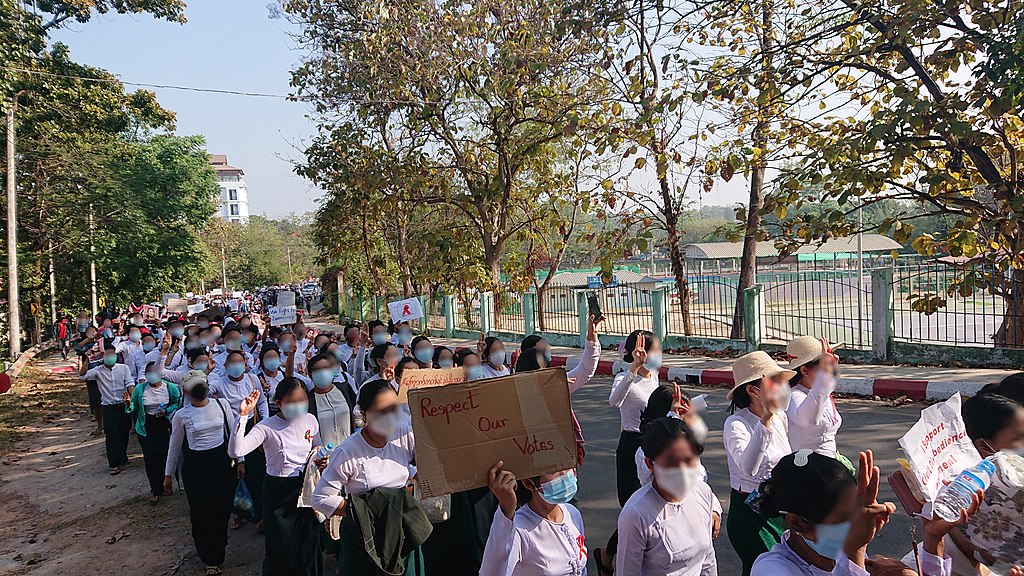 One year on from the coup in Myanmar, Monalisa Adhikari and K. Yhome examine the limits of India’s current response and how India’s domestically held principles of democracy and inclusive governance could be pragmatically deployed to reach out to a broader constituency in Myanmar. 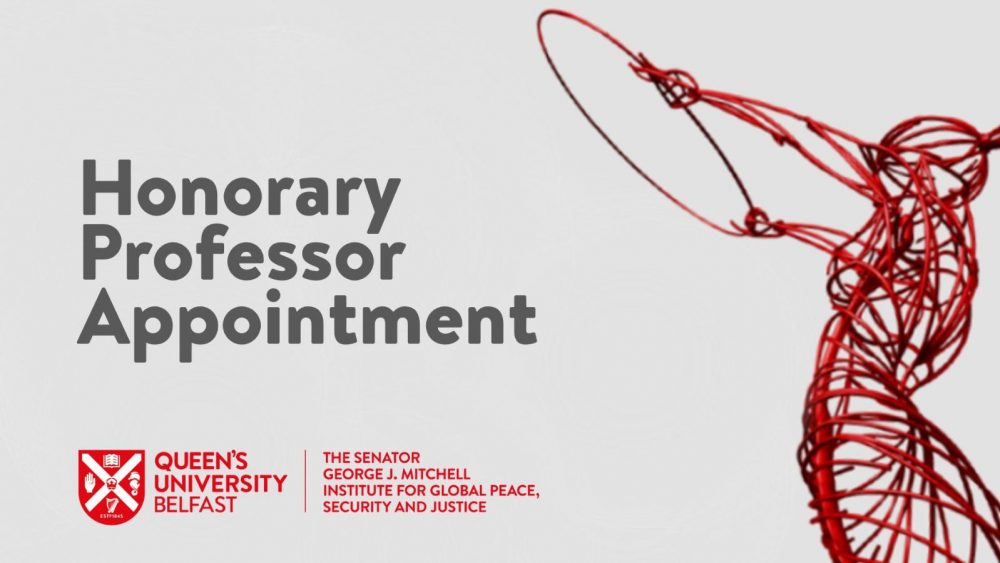 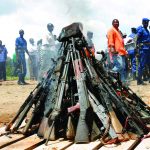 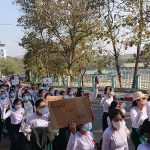 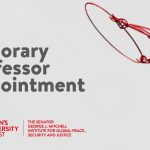